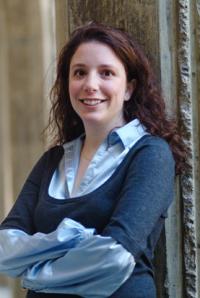 Lauren
Gelman has been a leader in the field of cyberlaw and policy since 1995.  Working in Washington DC and in Silicon
Valley she played a part in many of the most important issues the Internet
community has faced since its early development, specializing in privacy and
surveillance, speech, intellectual property, social media and virtual
worlds.  She founded BlurryEdge
Strategies in January 2010 to assist companies and institutions as they
navigate the complex legal, policy and business strategy landscape of the
social web.

Until
June 2009, Lauren served as the Executive Director of Stanford Law School’s
Center for Internet and Society (CIS) and Lecturer in Law at the Law School.
Prior to joining CIS in 2002 as Associate Director, Lauren was Corporate Counsel
for RealNames Corporation. She also spent six years in Washington, DC as the
Public Policy Director for the Electronic Frontier Foundation (EFF), and as the
Associate Director of Public Policy for ACM, the largest association of
computer scientists in the world.

Lauren’s
expertise on cyberlaw issues is recognized internationally.  She has spoken to national and
international press and most major media outlets and has participated in WIPO,
Web2.0 Expo, ICANN, BlogHer, CFP, and many other conferences.   She testified before the Administrative Office of the U.S. Courts (AOUSC), argued before the
Northern District of California, authored numerous amicus briefs and served as
an expert witness in a cyberlaw case.
She filed comments before the FTC, FCC and served on the Transportation
Security Administration’s (TSA) Secure Flight Working Group at the Department
of Homeland Security.   She taught Internet Privacy, Governance
in Virtual Worlds, Advanced Cyberlaw and Fair Use, and currently is teaching
Privacy and Free Speech Online at Stanford Law School and served as the Dean of
State of Play Academy (SOPA), a law and technology community located in the
virtual world There.com. She sat on the Board of Computer Professionals for
Social Responsibility.

Lauren
is the co-editor of Securing
Privacy in the Internet Age, the author of Privacy, Free Speech and Blurry-Edged Social Networks published by the Boston
College Law Review as well as dozens of other articles on Internet issues.
received a B.S. in Biology and Society from Cornell University, an M.S. in
Science, Technology and Public Policy from George Washington University, and
her law degree from Georgetown University.  She is a member of the California Bar.